Hosted by the Denver Streets Partnership, the Amazing Mobility Race got politicians to stop talking about transportation and actually go into the city and experience public transit.

..The Denver Mobility Race “was about instilling a sense of transportation urgency in people interested in leading the city.” Kevin Beaty, Denverite

Beginning in the scantily served and sometimes inaccessible outskirts of Denver, candidates for City Council and Mayor raced to The Alliance Center  in Downtown Denver using any mode other than a car. Teams get points for social posts and number of modes used and speed.

WalkDenver board member and Majestic Collaborations, Inc. VP Molly North volunteered as a scorekeeper along with Allison Conwell, consumer advocate at CoPirg. They were able to experience the thrills of the race from behind the scenes.

When the first team comprised of candidates for City Council District 1 arrived at The Alliance Center, Molly was ready and waiting to hear how it went and gather their thoughts about navigating the city. Scott Durrah said “we should have free transit for kids until age 18.” David Sabados reported that “it would have been difficult in a wheelchair” and Sabrina D’Agosta noted various “issues with infrastructure and wayfinding.” 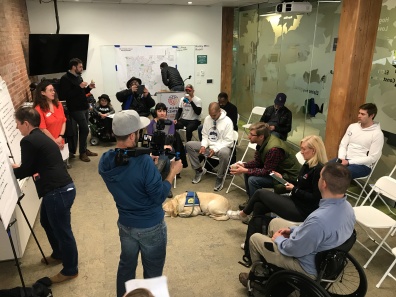 When Team 2 arrived, Molly was able to get their impressions as well. Candidate at-large Lynne Langdon “hadn’t traveled with a wheelchair and dog before, learned a lot.” Patrick Thibault, candidate for City Council District 8, regularly uses multi-modal [transportation], but noted the lack of connected bike lanes. After arriving at The Alliance Center, Chris Hinds, candidate for City Council District 10, said “people should have freedom to get from A to B safely” 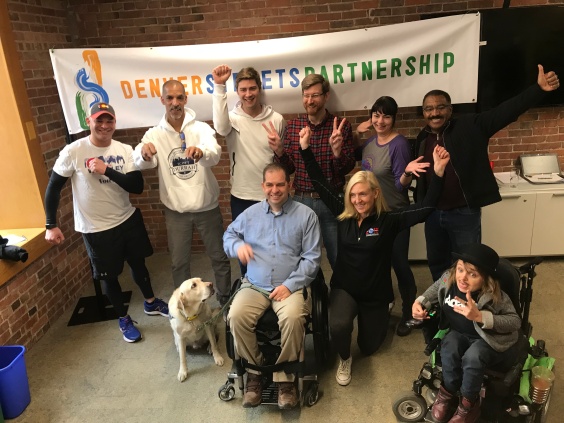 Kayln Rose Heffernan, who is leading Denver’s first disabled artist / activist campaign for Mayor, arrived with Team 3. She reported that the race was “just like every other day” for her. Penfield Tate III, also on the Mayoral Team 3 realized that “the sidewalks are in bad shape.” Additional teammate and candidate for City Council District 9 Jonathan P. Woodley reported being very comfortable with the transportation race, saying “I use these transportation options often,” but he also acknowledged that using alternative transportation options “could be uncomfortable for people who are not used to them.”

Aaaand here are the results!

After the race was over, teams convened to discuss what they learned during the process of navigating the city without a car.

Looks like the candidates learned a few things today at the #DenMobilityRace . pic.twitter.com/CDAADg0lBP

All-in-all, the Amazing Mobility Race was a fun way to get candidates to experience public transit, and to start important conversations about the issues facing Denver residents and the state of public transportation in Denver. It’s imperative that all citizens to be able to travel safely and effectively in their cities on a daily basis.

Regardless if they gain the privilege to represent Denver’s residents, we know these candidates will continue to be leaders in our community. And we are grateful that they took campaign time to learn more about the transportation system – a system that touches all of our daily lives. We look forward to seeing how they use these lessons learned!